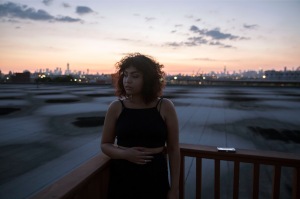 Okay, gonna write this one fast so that I can attempt to contain my emotions.

I am the luckiest, most blessed mama in the world because I am Bird’s mom.

When she was born she was named Lanee Faye, Faye being the middle name of my older sister, Dee Dee, who was my confidante, helper and birth coach. Dee Dee called me Buddha when I was large and round at the end of my pregnancy. She’d feed me chili cheeseburgers and spaghetti. She made me laugh so hard I’d nearly pee my pants. And when I was in labor and they told me that I needed a C-section, Dee held my hand and told me watch her face, focus on her and it was going to be alright. And she stayed there by me as Lanee Faye entered the world.

Bird didn’t get added to Lanee’s name until much later, when she was a teenager, discovering and developing her artistic voice. Bird is actually my grandmother’s name. Priscilla Bird.  But it resonated with Lanee as she dug deep into her Native roots and created soulful art so invoking and intriguing, she got into the prestigious San Francisco Art Institute- self taught and awarded a Portfolio Review Scholarship.  She took her connection to Bird, my grandmother, and created her dream.

So we call her that now and just makes sense.

I think that’s the true gauge of our actions- if they feel right and just make sense.  When I see my daughter and I say Bird, when I get to hug her, which is not often enough now that we’re on opposite coasts of this country, it makes sense. She’s taken her artistic prowess to New York City and making a name for herself there. We’e couldn’t be prouder. I couldn’t miss her more. And even that, as a parent, just makes sense.

And she’s here. We’re together. We had dinner with family last night, preparing for my niece’s wedding and I got to sit across from her at the restaurant and watch her laugh with abandonment. I got to feel her showered in love. I got to be there in her space. I got to.

I get to…and I’m blessed so today’s Toast! is to her. My daughter. My Bird.

One of the nerdiest blogs of WordPress.

Women of TV, Film and Media: The female voices of filmed entertainment

Blurring the lines between poetry and prose

Eight writers in four states and on three continents talking about what it takes to make a great story.

Nail Your Novel - Writing, publishing and self-publishing advice from a bestselling ghostwriter and book doctor

find and live your purpose

Editor and writer. Interested in tiny things, unhealthy nostalgia, old jungle mixtapes, my little homestead, and my cats. Not to be fed after midnight.

A celebration of linguistic creativity

Live to Write - Write to Live

We live to write and write to live ... professional writers talk about the craft and business of writing

Strong Language
We Minored in Film

Geeking Out Over Film & TV